Given the number of times that President Trump has been repeating the “trade wars” ideas and the attacks on the oil industry, including OPEC, over the years (almost the same sentences over and over), gives the impression that he is obsessed with these ideas.  If that is the case, then logic and evidence do not matter, even if he is lectured by Nobel laureates in economics all day long.  The recent attacks on OPEC are not related to the mid-term elections, but part of an old long-held conviction. His support of coal and natural gas is evident by his statements.  In addition, he did not criticize natural gas prices when they increased by more than four fold in 2005-2008.  The best way for the oil industry to judge President Trump is not by comparing him to President Obama or Secretary Clinton, but to compare him to any other Republican president in his place.

If you think Trump’s federal budget benefited oil companies greatly, think again.  It was a mixed bag at best:

And here is a developing story: imposing additional taxes on gasoline will also hurt the oil industry: Then, how do we explain President Trump’s attacks on OPEC, and his allies in particular?  Is it an election-related? Is it about the elections in November 2018?

I am convinced, from reviewing his statements over the years, that his recent attacks on OPEC were not related to prices or the elections.

Trump would continue to attack OPEC after the elections and even if gasoline prices drop.  His tweets were opportunistic, but the issue remains the same issues that he has been talking about for several years.  In some of his old statements, he sounded envious when talking about the wealth of some leaders in the Gulf States.

In short, a review of his statements tells us that his attacks on OPEC are not election-related. The range of prices he advocated indicates that he is not happy with almost any oil price, and whatever prices he talked about makes US producers unhappy.

VAN SUSTEREN: So what — if you were president, what would you do about the fact that OPEC — the price of oil is shooting up, and the second thing is that the banks aren’t losing (SIC) money? If it were President Trump today, what would you do?

The full transcript is in this link: http://www.foxnews.com/story/2009/06/30/trump-world-view.html

Here is the actual interview: https://www.youtube.com/watch?v=k4iSKX3oPDA

Here is the link to the transcript: http://www.foxnews.com/story/2010/04/09/trump-on-rising-debt-owned-by-chinese.html 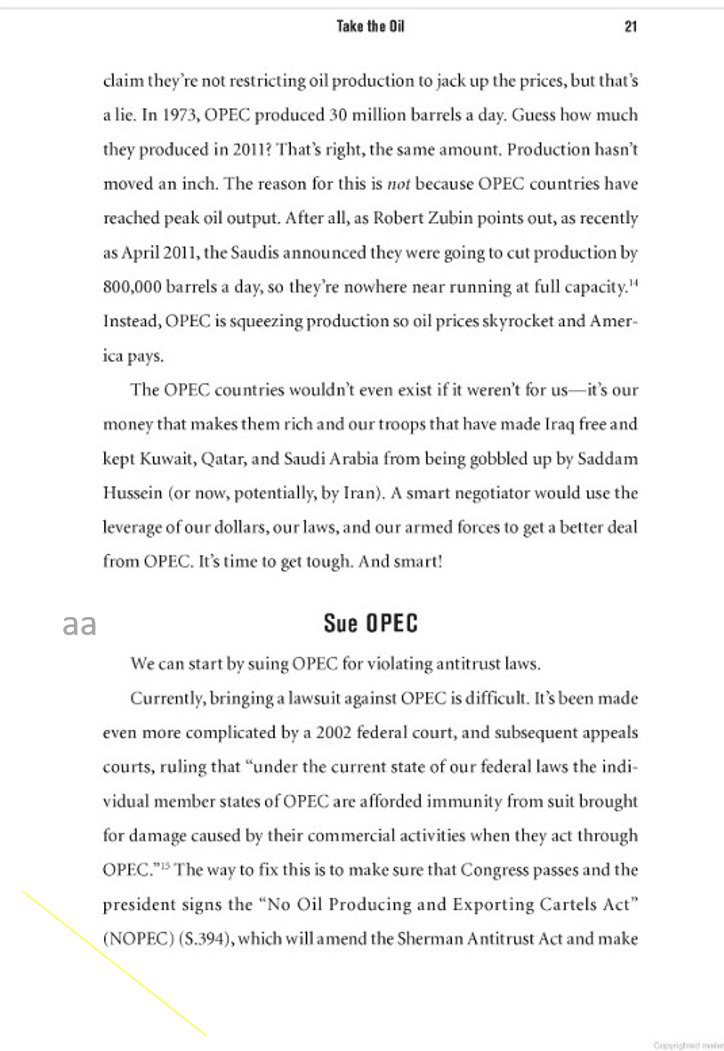 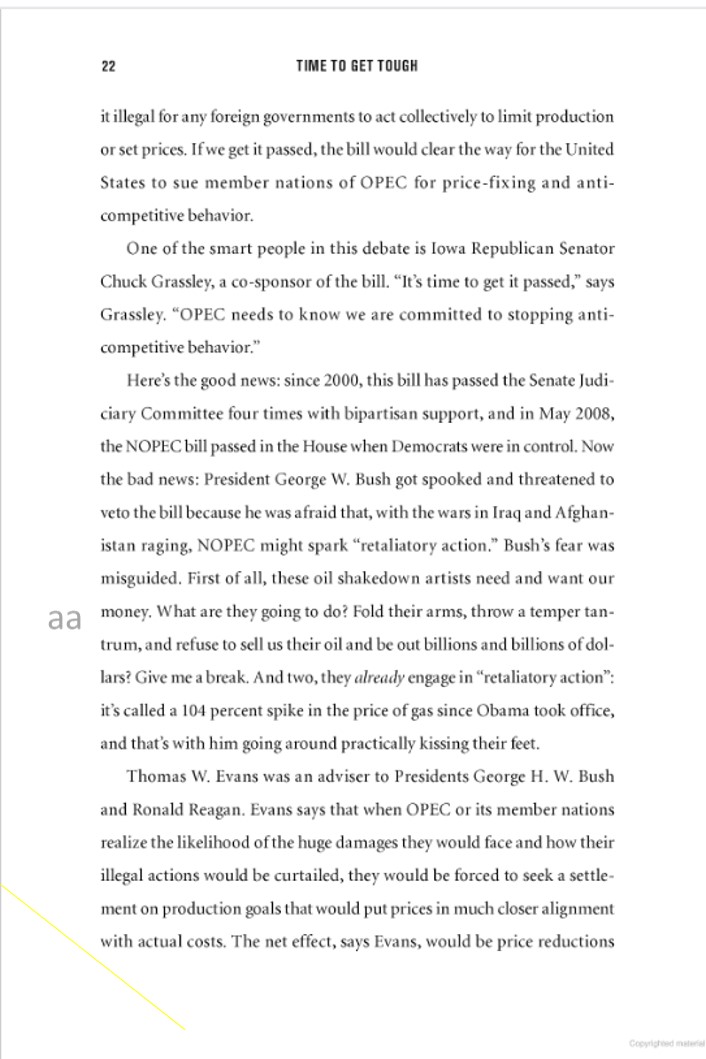